The Preserve is pleased to partner with Allen Gillespie, one of the region’s premier fishing guides, to help you discover the diverse waters and habitats of East Tennessee’s aquatic world.

Allen is the owner of 3 Rivers Angler. He was raised on the Tennessee River as it flows through Knoxville. After graduation from the University of Tennessee, his travels and graduate studies took him to some incredible places. Exotic locations, like Indonesia, where he worked with indigenous whalers and the Amazonian Jungles of Bolivia where he lived with the Tsimane Amerindians. Afterwards he lived and worked in Argentina and fished the storied waters of Patagonia. From Patagonia he migrated to New Zealand and stalked the legendary waters of the North and South Islands while teaching Biological Anthropology at the University of Auckland. Allen continues to travel extensively today for work and play and is always in search of his next adventure off the beaten path. For the past 10 years Allen has been running 3 Rivers Angler and guiding on the many rivers in and around East Tennessee.

Allen’s easy Southern accent and attitude, sense of humor and self-deprecating wit are appreciated by beginners and experienced fly fishers alike. His mantra is that fly fishing is meant to be fun whether you are catching the biggest fish of your life, tangling around the rod tip on the way to the first fish of your life and everything in between. Allen is a regular contributor to Southern Culture on the Fly and he has published in other national and regional fly fishing related magazines such as the The Drake.

Allen has his Coast Guard Captain’s License and enjoys putting people on the fish of a lifetime or their first fish. With a lifetime of experiences to share, Allen is ready to serve those who fish the waters of East Tennessee and beyond! 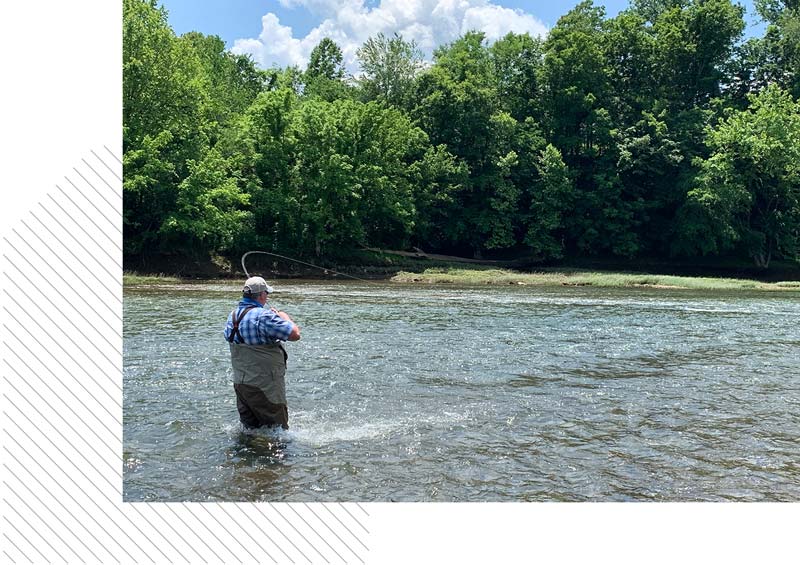 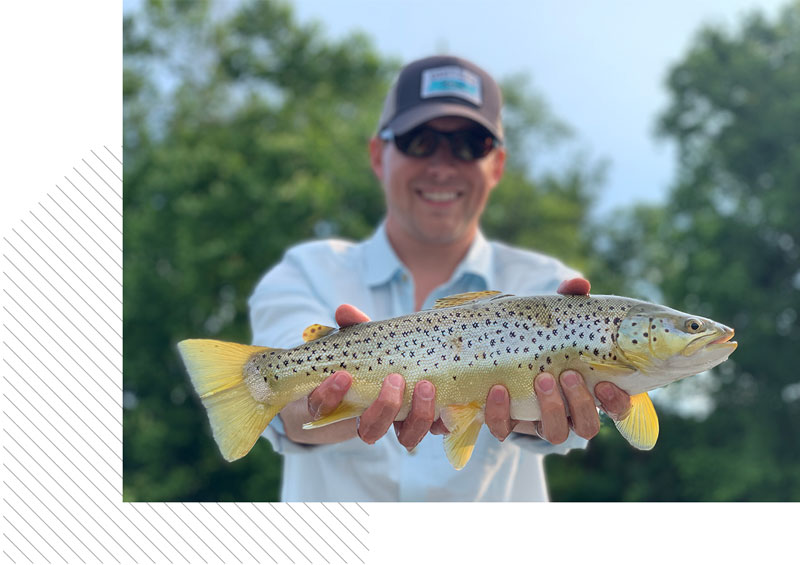 The Waters of East Tennessee

English Mountain Preserve is surrounded by some of the most diverse fisheries in the eastern United States. Whether pursuing your quarry with a fly rod or conventional tackle, East Tennessee is home to world-class trout and smallmouth fishing among the mountains or along the banks of pastoral family farms.

Though there are hundreds of miles of fishable rivers, streams, and lakes within a two-hour drive of English Mountain Preserve, the following list hits some of the region’s high points.

The Clinch River rises in Southwest Virginia and flows through the Cumberland mountains where it’s impounded by Norris dam. Below Norris dam, the river stays cold all year round, making it suitable for brown and rainbow trout to grow well over 20 inches. This river offers excellent wading opportunities or can be floated with a local guide in a drift boat to access more water.

Not to be confused with the South Fork of the Holston (South Holston), the Holston Proper meets the French Broad just above downtown Knoxville to form the Tennessee River. The upper reaches of the Holston produce good numbers of large rainbow trout with some brown trout mixed in, while the lower part makes up another great native smallmouth fishery. This is one of the few places where you can target trophy trout and smallmouth bass on the same river on the same day.

Heralded as one of the best trout rivers in the country, the South Holston in the Tri-Cities area of Tennessee has both great numbers and quality of trout. Known nationally for prolific dry fly hatches and large, predatory brown trout, the chance for a trophy is on par with Clinch river fish.

Winding through the Southern districts of the Cherokee National Forest, the Hiawassee is a wild river with forested banks and little to no development until the lower sections. This river’s fertility leads to a wide array of hatches, and there are lots of stocked and wild fish in all of the upper sections.

Flowing out of the GSMNP and into Gatlinburg, TN, the Little Pigeon is another famous Smoky mountain trout stream. As it flows through Gatlinburg and Pigeon Forge, you’ll find stock trout and small numbers of smallmouth bass. Just be sure to comply with Gatlinburg trout regulations set forth by the city, which are specific to those streams.

The Little Pigeon meets with the West Prong of the Little Pigeon to form the Pigeon proper in Sevierville. From the confluence down to the river’s confluence with the French Broad, you can access several points to fish for quality smallmouth bass from the bank or in a canoe.

The French Broad winds through remote, rocky gorges on the North Carolina/Tennessee border before forming Douglas Lake. While the upper French Broad is known for its wild beauty, the tailwater below Douglas dam is famous for producing trophy-sized smallmouth bass, which is Tennessee’s most popular native gamefish. This area is popular to wade fish as well, but many use an experienced guide with a shallow-running jet boat to access productive shoals.

Nearly halfway between Knoxville and Nashville, the Caney Fork is a tailwater that’s known for great trout fishing in the upper sections, and noteworthy smallmouth fishing lower down. Most trout wading spots are in close proximity to I-40, so it’s a popular place for Nashville and Knoxville friends to meet and share a day on the water. This river is very popular among kayakers and canoeists during the summer, so it’s best to plan a trip in the offseason for the best fishing experience.

Formed from three prongs just inside the Great Smoky Mountains National Park (GSMNP) in the Smokies and flowing through Townsend, TN, the Little River is one of the best wild trout streams in all of the Southern Appalachians. All of the fish in the  National Park and all are wild (no stocking), so they present a harder challenge for even the most adept anglers. The Little River exits the Park and flows through Blount County towards Knoxville, offering several wading and floating opportunities for smallmouth, largemouth, and other “warmwater” species.

Aside from the Little River and the Little Pigeon, the GSMNP is home to about 800 miles of wild trout streams with brown, rainbow, and native brook trout. Folks can spend a lifetime exploring all of the little tribs and streams within the Parks boundaries, and you’re likely to see lots of wildlife like black bears, hellbenders, and even elk in certain areas. Plus, hiking into the backcountry is a great way to leave the crowds behind to get some water all to yourself. 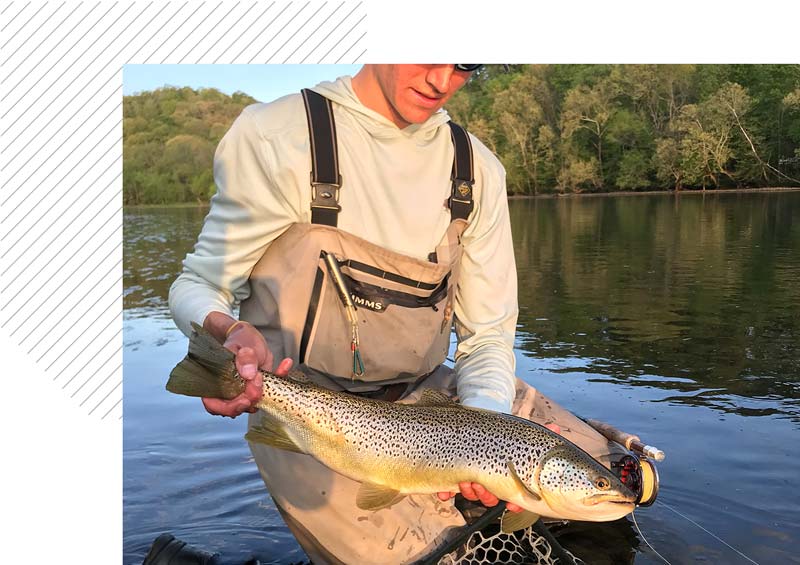 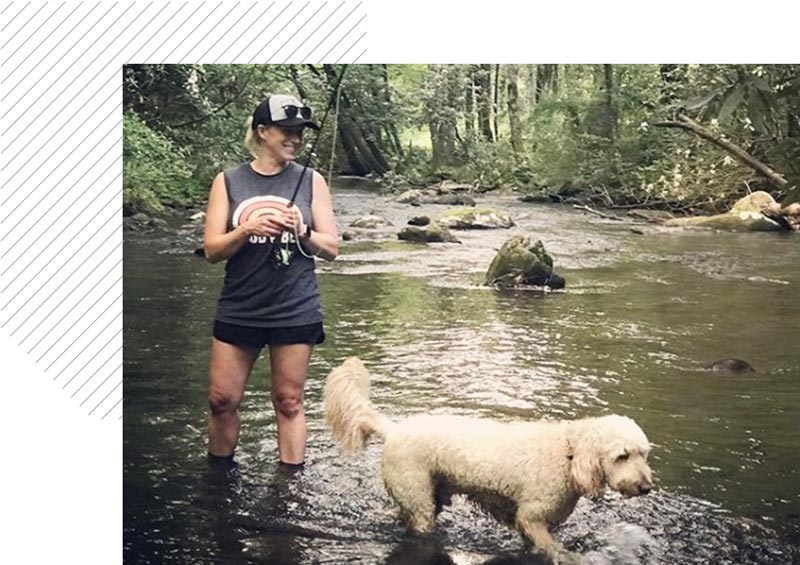 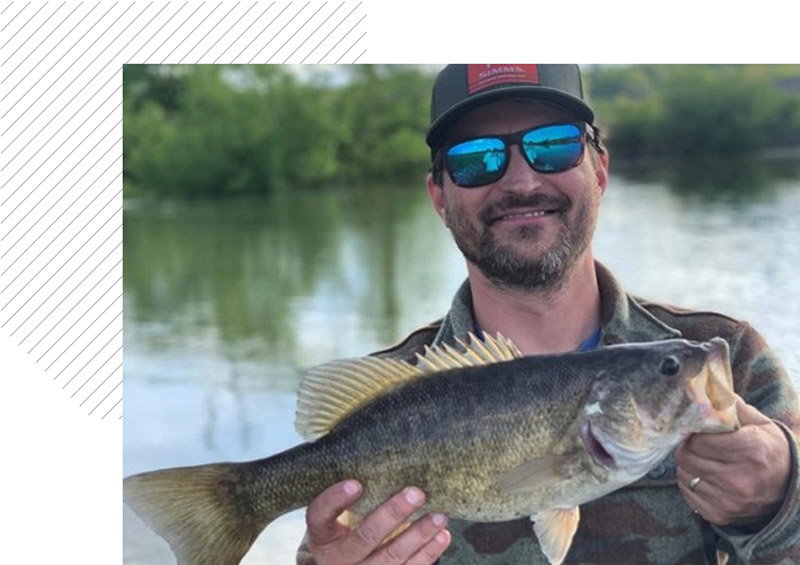